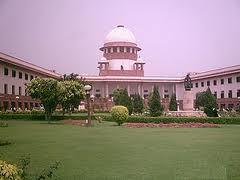 Before I inform my dear readers about the captioned development, I must explain to them what is anticipatory bail in the first place. Law provides for curtailment of liberty by way of arrest in certain prescribed scenarios. Bail is the security that a person is directed to give to the Court / releasing authority in lieu of the conditional freedom he is granted from such curtailment. Bail may be granted with or without surety (guarantor). Now this naturally means that the question of bail arises only when a person is in custody and he seeks to get out of the same. But in case of anticipatory bail, a person applies for bail, even before he is arrested, in anticipation of such arrest. The relevant provision of law is laid down in Section 438 of our Code of Criminal Procedure. It basically says that whenever a person apprehends or has reasons to believe that he is likely to be arrested on suspicion of him having committed a non bailable offence then he can apply either to the Court of Sessions or to the High Court, for issuing a direction that in the event of his arrest he shall be released on bail. Then the concerned Court, after taking into consideration the facts and circumstances of that case, may decide accordingly.  It needs to be understood that this provision exists to prevent so far as possible malicious arrests and frivolous detention which are politically motivated either to humiliate or to injure the reputation of the concerned person.

A Court while considering an application for anticipatory bail usually weighs the following factors:-

Yesterday the Hon'ble Apex Court has settled a long debated issue as to whether anticipatory bail should or should not be granted to absconders and persons who flee beyond the reach of the investigative agency even before their arrest. The Hon'ble Court held that no court should grant anticipatory bail to a person who had been declared an absconder either during the investigation or during the trial.

Writing the judgment for the bench, Justice Sathasivam agreed with the proposition of additional solicitor general Siddharth Luthra and said, "We reiterate that when a person against whom a warrant has been issued and is absconding or concealing himself in order to avoid execution of warrant and is declared as a proclaimed offender in terms of Section 82 of the Criminal Procedure Code, is not entitled to the relief of anticipatory bail."  The case related to the alleged suicide of Vibha in her in-law's house in Punjabi Bagh, New Delhi, on September 1 last year. She was married on January 19, 2010. The bench said the allegations levelled against the accused persons, including the husband's brother, was that they subjected Vibha to cruelty demanding sizeable amount in order to settle the payment of Rs 5 lakh for the flat allotted by Delhi Development Authority.


*Information Courtesy - The Times Of India