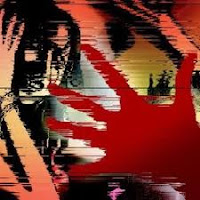 The shocking incident of mass molestation of a girl at Guwahati has seen sharp responses from various corners of the society. Nothing further needs to be said about this incident than bringing the guilty to swift justice so that it deters prospective offenders. In that context I came across a few statements where the common opinion seemed to be that the criminal law, particularly the law against outraging of modesty of women in our country is antiquated and insufficiently written as it dose not cover those myriad situations fearing which females in our country do not feel safe out of their homes.

As a student of law I consider it my duty to inform my eminent readers, especially women, about that particular legal provision which is meant to safeguard their decency and modesty. Its necessary to understand the law as it stands, before we start blaming it as being antiquated or insufficiently drafted and so on and so forth. As citizens not only we must know our laws properly but also guard against mistaken understanding of laws.

Whoever assaults or uses criminal force to any woman, intending to outrage or knowing it to be likely that he will thereby outrage her modesty, shall be punished with imprisonment of either description for a term which may extend to two years, or with fine, or with both.

If you notice, the section includes the terms “criminal force” and “assault”. So to understand properly the import and full scope of Section 354 we have to first understand these two expressions. IPC defines these as follows:-

Section 350 – Criminal force.—Whoever intentionally uses force to any person, without that person’s consent, in order to the committing of any offence, or intending by the use of such force to cause, or knowing it to be likely that by the use of such force he will cause injury, fear or annoyance to the person to whom the force is used, is said to use criminal force to that other.

Simplistically put, using criminal force is actually making contact, directly or indirectly, with the victim whereas assaulting is by gestures. Hence the offence of outraging modesty is said to be committed either by use of criminal force or by assault. So I guess its clear now how expanded the wording of section 354 (offence against outraging modesty of women) is. Since it not only covers actions involving actual physical contact but also indecent gestures.

So far as the connotation of the expression “outraging modesty of women” is concerned, the Hon’ble Supreme Court has clearly laid down, in the famous case of  Rupan Deol Vs. State (1995) and reiterated it on several subsequent decisions, that  "The ultimate test for ascertaining whether modesty of a woman has been outraged or not is to ascertain whether the action of the offender is such as could be perceived as one which is capable of shocking the sense of decency of woman.” In yet another case of Raju Pandurang Vs. State (2004) the Hon’ble Court defined modesty of women for purpose of Section 354, IPC, as  "womanly propriety of behavior, scrupulous, chastity of thought, speech and conduct. It is the reserve or sense of shame proceeding from instinctive aversion to impure or coarse suggestions.”

Hence taking all the above mentioned facts into consideration a person is said to be guilty of outraging the modesty of a woman if he /she, by his / her gestures or otherwise, outrages or violates the sense of decency or shame of a woman..

It is also relevant in the present context to mention another provision of law which deals with somewhat similar situations. It is Section 509 of IPC which specifically deals with word, gesture or act intended to insult the modesty of a woman. It says that “Whoever, intending to insult the modesty of any woman, utters any word, makes any sound or gesture, or exhibits any object, intending that such word or sound shall be heard, or that such gesture or object shall be seen, by such woman, or intrudes upon the privacy of such woman ; shall be punished with simple imprisonment for a term which may extend to one year, or with fine, or with both.”

But while reading this let's please remember that it’s not the law alone but the effective implementation of it by law enforcing agencies, especially Police, whose task it is to investigate and collect evidence so that the guilty could be punished, that actually matters in bringing about a sound administration of justice.
_ Anupam Patra wrote this on 7/13/2012 08:23:00 am