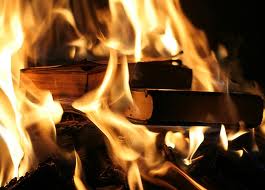 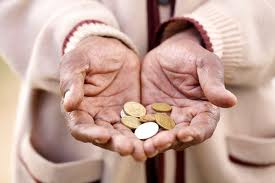 While growing up as a child I have always adored and revered souls who stretch their arms to drop few coins in the hands of a street destitute. I have always found it very relieving and encouraging to see that there are people who genuinely believe in donating their money to the apparently needy ones. So when I began possessing money (none of which i had earned) I did not waste the opportunity in doing what I have admired about others. I started giving alms too. I have always satiated my 'Samaritan' urges each time i gave away something in charity, especially to destitute children and women.


It was therefore disturbing to be informed that beggars whom I hitherto considered destitute and helpless, own considerable wealth. They seemed to have amassed wealth by means of uninterrupted begging at opportune places. There was this clandestine media effort to expose "rich beggars" and so was the show titled. After the title of the program flashed in my TV set, I remember explaining my younger sibling the meaning of an oxymoron. Be that as it may. It almost felt like a pang of betrayal and when the piece of news was shoved at me. Beggars have associations, meetings, plans, area / profit sharing schemes. They have bank accounts too. At the end of the telecast I could not help but feel that I have been this ignorant novice in a business plan.


My heart goes out for daily labourers who earn what they toil for. I am furious because of my misplaced empathy. I have no intention of causing prejudice against all who are impoverished and beg to live. But I am definitely improving my perception about the real & the apparent. I have not given up on my efforts to do charity, I cannot. Maybe it is because of an inherent belief that the only difference between me and the poor and penniless is the will of the Lord Almighty. I find that to be reason enough for my not being indifferent to the poor's miseries. I wish I could get all those pennies and monies I gave away to the rich beggars and give 'em all away to poor beggars.
_ Anupam Patra wrote this on 2/16/2012 11:34:00 pm 9 comments: