Missed It Last Year, Hope I Don't This Time... 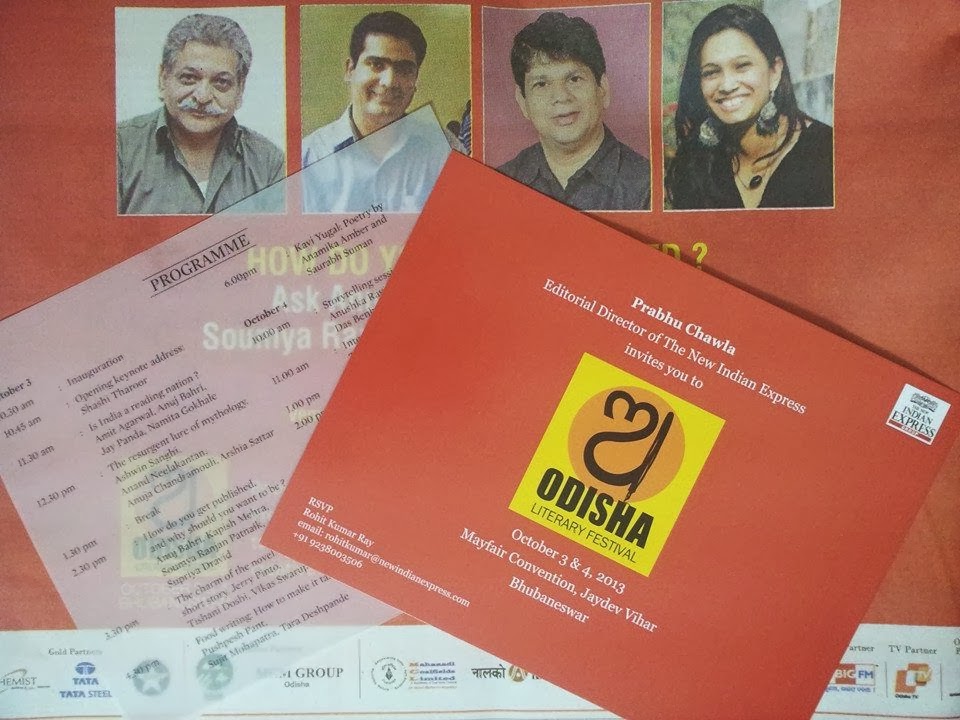 A Companion To The Forgotten

Our favourite filmmaker is back with his new twisted thriller. Watch the trailer

Email ThisBlogThis!Share to TwitterShare to FacebookShare to Pinterest
Labels: Films 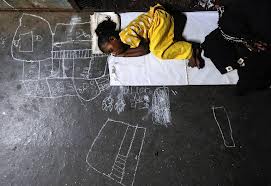 I care no more for
All your silver,
The gold's glitter,
Nor the beats of hearts' shiver

Lastly found dreams
Worth sleeping for 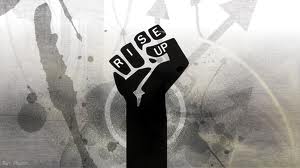 A lot is often spoken about ideals that should exist within us and which should command our actions. Almost immediately when most confront the world and its myriad tests, these standards are effortlessly sidestepped in order to remain afloat among the several faceless suspended in the shallow stream of convenience and comfort. Philosophy has tumbled to a point where being unconcerned about events of seminal significance and being selfish are considered as sure ways to ensure personal peace. It is however my firm belief and experience that no matter how smart an approach to evade confrontation and challenges may be, one is eventually bound to run into what he fears and avoids. One can only temporarily delay conflict, if he does not face it and overcome it at the opportune moment. There should therefore be no hesitation in taking up challenges.
Now it is important to understand that these challenges need not present themselves only in such of ways so as to appear as absolutely relevant. They could equally exist within situations which even if unattended by us would not alter anything material about how we live. Intervening in the commission of a roadside misdemeanour and attempting to prevent the culmination thereof is an apt example because had I not intervened I could have walked ahead into the comfort of my winter quilt deceiving myself into believing that the victim is paying the price of his own 'presumed' misdeeds or that he is living his destiny. On the other hand, my intervention may merely appear as an invisible act, incompetent singularly to leave any ripple in the murky waters of dwindling humanity. But it would in all likelihood represent the conscience of the society of which I'm a member. My interference could be a lead for others in waiting to get involved and when they do, the required message would be sent across to those considering us incapable of resistive action.

Man may be selfish but he is also capable of exemplary sacrifice. Man may be brutish but he is also gifted with ability of historic kindness. He may be self centred but he is equally capable of being defyingly selfless. Its time we got in touch with these redeeming components of our identity as men, components which have been long tricked into dormancy by an unacceptable contentment discovered in deliberate oblivion of the demise and decline of morality. We can begin by not taking our duties and jobs for granted and by being examples which inspire honesty and dedication among our successors, no matter how pathetic or monumental we may perceive our jobs to be. Let us not only raise our voice against oppression and injustice but also act against it, notwithstanding their irrelevance to our immediate surroundings. Let's be honest. An honest way of life is probably the hardest one in today's time but if it's lived with conviction and moral courage then one can live with dignity and without any regrets. Let us inspire others.

It has always been my biggest fear to be called imbecile or spineless. I have myself uttered these words for people who did not speak up, act or stand up when I thought they should have argued, fought or resisted in times of dire need. Therefore I make every attempt whenever possible to matter in situations where otherwise I would not have mattered. There's invariably stiff opposition every time against my endeavour, but I intercede nevertheless. I have been called 'show off', reminded of being unrequited and made fun of, especially by those who did not say a word out of fear of being wrong. I have even been bullied. But in such times these words which I'd read long back in a story, have kept me stubborn in my resistance  -  “the ultimate measure of a man is not where he stands in moments of comfort and convenience, but where he stands at times of challenge and controversy” 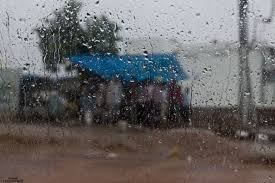 This happened neither in the recent past nor so far back in time as to mess up my confidence to accurately narrate its unfolding. I was seated in the office car, speeding back home on the NH-5 connecting Cuttack - Bhubaneswar after a pretty elaborate second phase of training. Belligerent clouds had begun to gather from all corners and overwhelm the sky. Rain kissed breeze from distant fields had started to blow across the plains flanking the freeway. I rolled down the car window panes letting the refreshing zephyr enliven my spirit. I was in no mood to not relish the ambience. Cloud gates flung open and in a matter of moments, all one could see, hear and feel was the rain. It appeared as if the clouds above led a quest for invading the lands below. The whole visible terrain around me stood engulfed by incessant pouring. The parched earth stood happily vanquished at the hands of million soldiers unleashed by its heavenly adversary.

On the wheels, Bijay strained himself to focus on the traffic ahead due to the dwindling vision. He rolled up the car window panes to bar the rain from making its way inside the car. It caused an instant quiet within. Bijay and me could almost hear each others' pounding hearts fused with the rhythm of relentless rain beating on the car's roof. Daunted by the watery - windy onslaught, I felt incapable of thinking, especially when monster - sized trucks overtook our car or vice versa, our borders mingling beyond distinction, making frightful consequences imminent. I fidgeted in my seat.

Through the thick pane, further thickened by ceaseless hammering of mad drops and wild wind, my eyes caught the hazy glimpse of a gang of college lads mounted on their motorbikes, riding in tandem with us. They were a group of eight. Some had cared to put on their helmets and the rest must have thought doing so to be a disgrace to their adolescence . They confronted the torrent with such disdain that for a moment I was embarrassed thinking about my own fear. I rolled down my side of the window pane slightly and caught their act clearly. The boys were purposefully enjoying what many were escaping. The sight took me few years back in time when it was not unfamiliar for me and my friends doing what they seemed to be relishing today. We too had let million raindrops spray on our faces, oblivious of the shock and awe of bystanders. I almost sensed the fragrance of the raindrops on my own face, felt the pinch of mad drops crashing on my temple, recalling the lasting tingle of the watery bombardment. Recalling how we used to halt at tattered cottage tea stalls by the highway and warm ourselves up with cups of piping hot beverage indulging in pointless blabber with strangers sharing our shelter.

Remembering those times filled me with a strange sense of vulnerability. Born out of the realization that such times have long passed me by. That now it could be only a figment of my memory, nothing more. That now I could only stretch my hand and cause nothing but ripples in the mirage that lures me, bereft of any capacity to actually hold what it shows. I get carried away by my weakness for escapades provoked to embark thereupon by those to whom the moments now belong. One out of the group caught me staring and returned a warm smile. I beamed back. They sped away leaving me split between alternate dimensions in that very moment. Partly in my present where I sat captive to mundane obligations and imposed concerns and partly with them, who though rode at a distance of couple of yards were actually eons away in time.

I have since reminisced the experience for months. Everytime I do, I am brimmed with an urgent urge to act. I calm my raging spirit, negotiating through an adult mind, telling myself that no matter what I may do, I'd not sense the unadulterated delight that I once knew, without concern or worry. May be I am fringing on pessimism. A dose of life may cure me.

Email ThisBlogThis!Share to TwitterShare to FacebookShare to Pinterest
Labels: Musing 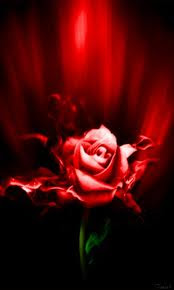 Love is not only
When we hold on
It lives too, when
In time we let go

Love isn't only
When we show,
It's alive too when
Furtive tears flow

Love isn't only when
Together we could be
It's love too, when
In redeeming them, we split

Love isn't only when it's said to be,
It's there in the unsaid quiet
Of hopeful eyes and the still of lips
Born of ages of waiting mute