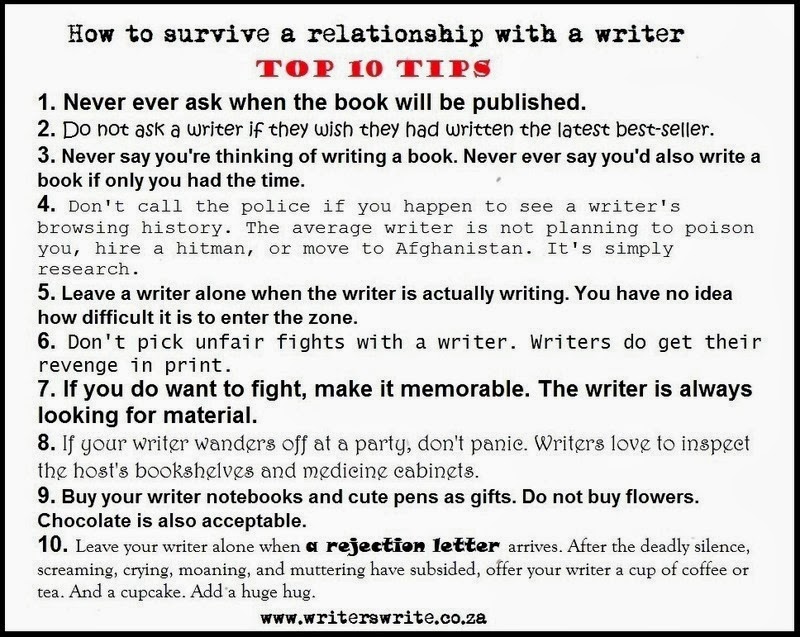 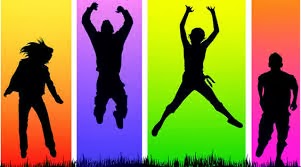 It is always good to know what inspires us. It could be courage, sacrifice, heroism or simply being human as much as our dreams, someone else's life or plainly the desire to excel. Those who know, know, that nothing is more cool, nothing works better and nothing is more rewarding than staying inspired in life. The goal and the path to it become more clear than ever to the one who finds inspiration in life.

I discovered my inspiration for writing, in the first lines of "Shantaram" (G.D. Roberts) which indulges the reader in the unforgettable life experiences of the author. They read thusly:

"It took me a long time and most of the world to learn what I know about love and fate and the choices we make, but the heart of it came to me in an instant, while I was chained to a wall and being tortured. I realised, somehow, through the screaming in my mind, that even in that shackled, bloody helplessness, I was still free: free to hate the men who were torturing me, or to forgive them. It doesn't sound like much, I know. But in the flinch and bite of the chain, when it's all you've got, that freedom is a universe of possibility. and the choice you make, between hating and forgiving, can become the story of your life."

I had this 900+ page book in my hand which I had just begun and I couldn't get past the introductory passage for about almost an hour and I kept coming back to it, from the 150th, 330th and 800th pages. I just couldn't get over these words of Roberts.

You may find such a point of inspiration irrelevant, ridiculous and laughable. Chances are that you may find it amazing as well. The truth, notwithstanding those perceptions, will remain that I am absolutely in awe of these immortal words which begin the book of Roberts. They contain such undeniable truth of life that it feels like the whole philosophy of everything has been emptied into them by their author. To take the matter further, the fact that many a times written words can cause life changing initiations, often becomes instantly evident to the ones who read them, as is abundantly manifest from the opening lines of "Shantaram". It inspires me everytime I sit down to write about my ideas. To distill my thinking into words that can be read, felt related to and remembered by the ones I write them for. The opening passage of "Shantaram" inspires me in that light.

Likewise my motivation to strive for excellence in work, to be a doting folk and a caring friend and to stand up and speak against wrong and so on and so forth all owe their inspiration to external sources. I am not sure whether I would have done what I have done, had those sources been inexistent in my life. I have often therefore felt, that it doesn't matter how you are inspired as long as you are inspired rightly.

The world, no matter how pessimistically we would prefer to believe otherwise, is full of good men. Men who are willing to love, to help, to join hands for greater good. Surrounded by imminent threats of war, disease, desolation and starvation, there is hope for survival with dignity. I have always believed that to accomplish true immortality, one has to live beyond himself. One has to partake in the progression of human kind, the kind of which is only achieved by offering the self in service of society, in being there for the needy, in standing up against injustice. 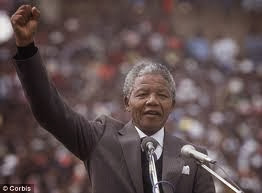 Nelson Mandela (whom I'll lovingly refer to as 'Madiba', exactly how he is fondly referred to by his clan fellows) did exactly the same. Madiba stood up against injustice. He ensured, at the cost of his cherished liberty, that the basic and inherent entitlements of his fellow men and women were available to them. And for that he was accused of sedition and other grave charges, tried and convicted. The Rivolia trial ended with his incarceration for life. Mandela served a long 27 years in prison. But in that confinement Madiba found his emancipation. In that suppression he discovered liberty, not only of his mind but for thousands of his fellow men and women, fighting for whom had him landed in jail. His was the perfect example of how man made institutions and norms, howsoever oppressive, cannot really chain a champion of freedom. Laws howsoever barbaric, will always fall in the end, vanquished at the hands of those who surrendered their everything in the fight against unfairness. There's a divinity involved in the cause and that divinity guides that fighter, that champion, in his stand against tyranny.

Madiba's release was granted in 1990 amid escalating civil strife. He published his autobiography and opened negotiations with President F.W. de Klerk to abolish apartheid and establish multiracial elections in 1994, in which he led the ANC to victory. As South Africa's first black president Mandela formed a Government of National Unity in an attempt to defuse racial tension. He also promulgated a new constitution and created the Truth and Reconciliation Commission to investigate past human rightsabuses. Continuing the former government's liberal economic policy, his administration introduced measures to encourage land reform, combat poverty, and expand healthcare services.

Having received more than 250 honours, including the 1993 Nobel Peace Prize, the US Presidential Medal of Freedom, the Soviet Order of Lenin and the Bharat Ratna. He is held in deep respect within South Africa, where he is often referred to by his Xhosa clan name, Madiba, or as Tata ("Father"); he is often described as "the father of the nation".

Madiba died yesterday (5.12.2013). Men come and go. Only a few go leaving behind endless inspiration for the new order. I am tremendously inspired by his life and works. Without even the slightest exaggeration of the truth, Madiba was a man, the likes of whom only come once in forever. May his soul find everlasting peace.

I will not seek anyone's reiteration of the annoying truth that it's exasperating to always have people telling you what to do. It begins at home and remains so everywhere. Peers, friends, colleagues, family and so on and forth seem to have a better idea of what we actually seek. The conviction in their tone and tenor is often more than in ours, which is why, it appears that they are right. Well, perhaps they are not. Endeavour to find out for yourself. 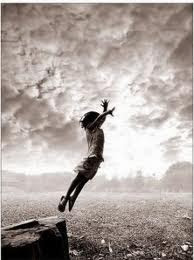 I can say it with the greatest of confidence that if one trusts his instincts and takes the plunge, mostly things would turn out alright. I may not have experienced much of this liberating magic in my life but I have seen too much around me to believe in it. I may not have had the guts to give up everything for my dreams, but I have known people who have. The dazzle and the sparkle that their adventure adds to their life is enviable. I have earned the denigration of many, whom I fervently encouraged to never let go of their dreams and their aspirations. They simply fail to understand why I wish from others what I never followed myself. I wish to tell them that I have often considered the biting truth that it is more painful to have never tried to follow your dreams than to have tried to live your dreams and failed.

Only those who, for reasons many, had to give up on their aspirations, know how agonizing it is to wake up every morning into the realization that they will never live their dream. That they will walk further and further from it with the passage of every moment. That they will always be that much short of completeness. That they will never be able to smile fully and think that life is worth living. Please never for a moment mistake beneficial advice for unwanted hindrance in the path of your goals. That'd be utterly foolish and would lead you to sheer doom. Be smart to ascertain what's best for you, yet be patient to hear out others and be rock solid in your determination. It may take a phase of trying days or months or perhaps few trying years to embrace what you dream of but not trying at all would lead to lifetime of regret. Choose wisely.