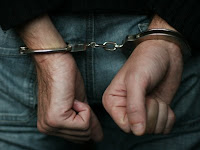 The rights of a person who is arrested : -

Every Police Officer making an arrest shall facilitate his own identification to the person who is being arrested.

He shall prepare a memorandum of arrest which shall contain the signatures (attestation) of :

i) The person arrested and

person of his locality where his arrest is made

If the memo is not attested by his family member then the Police shall inform him of his right to have his relative or friend informed of the arrest.

The person arrested shall be informed of the grounds of his arrest.

If any article is found in the possession of the arrested person, upon his search after arrest, then the same, except the necessary wearing apparels, shall be kept in safe custody by the Police. If those articles are shown to be seized by Police, then Police shall prepare a receipt of the same and give it to the arrested person.

A female's person shall be searched only and only by a female Police officer with strict regard to decency.

When a person is arrested on the grounds of commission of such offence (s) whereupon his / her medical examination is likely to afford evidence regarding commission of that offence then he / she shall be subjected to such medical examination by a registered medical practitioner as is reasonably necessary for finding such evidence. When a female has to be medically examined then it shall be done only by or under the supervision of a female registered medical practitioner.

The report (often called the medical report / injury report) of such examination in both the abovementioned cases shall be furnished to the arrested person.

When any person is arrested and interrogated by the Police then he shall be entitled to meet an advocate of his choice during interrogation, though not throughout the interrogation.

The arrested person has to be produced before the nearest Magistrate within twenty four hours of his arrest.

The person arrested shall not be subjected to more restraint than is necessary to prevent his escape.

It shall be the duty of the Police officer in whose custody the arrested person remains to take all reasonable care of his health and safety.

(The aforestated information only covers the fundamental and basic rules governing arrest of individuals. It is only a part of the detailed law as prescribed under Chapter V titled "Arrest of Persons", in the Code of Criminal Procedure, which though includes but is not limited to the abovementioned information. Readers are advised to consult a lawyer or refer to the relevant provisions of law in case of any need.)