Outraging Modesty.. What About Us ? 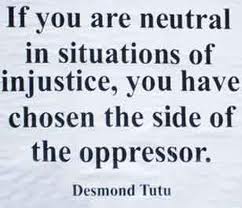 Much has been said about the appalling level of morality of the offenders in the recent Guwahati molestation case. The offenders have proven to the hilt that they are animals in the garb of human skin. A substantial degree of blame has also been put on the Police for having been so near to the spot of occurrence yet having reacted with inexplicable callousness. As to how far is the allegation against the Police true, will be eventually unearthed during the process of trial. But amidst all this we are probably ignoring the unapologetic indifference displayed by the group of bystanders who witnessed the brazen occurrence of a helpless girl being molested by a bunch of men right there in the middle of their city's street. It's exactly like those scenes one used to get to watch in the Hindi movies where some gangster or hooligan had his way in his area and easily molested women in the middle of busy streets surrounded by imbecile onlookers. The kind of place that I grew up in, we usually assured ourselves that such a thing can only happen in cinema where the world belongs to the film director and who can conveniently sidestep the realities to show such a scene in his film. But in the real world such a thing is impossible to happen. The reason why we thought it is impossible to happen is not because we mistook our times to be Utopian where everyone respected and loved each other beyond harm, but because we assumed that even if someone dared to do such a thing, the towering presence of several members of the public present at the spot, who will come charging at him, will overwhelm the offender and he'll probably fall down on his knees begging for apology. After the Guwahati incident, I'm jolted out of my notion.

We usually make a lot of hue and cry, especially through words, spoken or written when such incidents take place. But when it comes to the moment of action most of us, like those pathetic bystanders, slip into a state of complete paralysis of response and despicable indifference. Its already known to all, that the spot where the unfortunate incident took place is a busy place. Many persons must have passed by the victim when she was being tossed around by those mongrels. Even a small but abruptly gathered crowd by the road attracts the attention of the passers by. So I'm under no doubt that anybody would've missed the scene. In that context, what makes the Guwahati case even worse is that none of the alleged offenders were perceived to be either known criminals or belonged to the often blamed powerful class. I mean we've all seen their photos right ? They don't even look intimidating enough. Hence I cannot come to any justified conclusion as to what prevented these onlookers from rescuing the girl from that place. I wish there were any law which would have made such an omission punishable but unfortunately there is no such law. I therefore wish that the on lookers who did not do anything to intervene and save the victim should suffer a modicum of realization and come forward with an apology, atleast in private, to the victim.
_ Anupam Patra wrote this on 7/15/2012 06:23:00 am

Email ThisBlogThis!Share to TwitterShare to FacebookShare to Pinterest
Labels: Crime against Women, Social