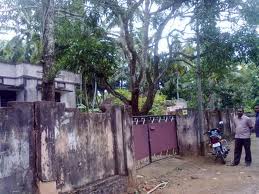 Work required Kabir to travel to the city of his birth where he had lived for twenty five years of his life. He was piqued over the strange lack of proclivity in him, for revisiting the city where he was born and raised. He found it annoyingly odd to not sense the quintessential joy, normally felt at the first sight of such opportunity.  So when Jayanth, his office mate, exclaimed that Kabir was a lucky man who is getting a chance to revisit a cherished place that too at the expense of the office, and remarked that it is natural to be very excited about it, Kabir was cautious to not spill his disturbing lack of zeal regarding this whole affair. He concealed that oddity and thought better than sharing it with anyone. Instead he pretentiously shot back at Jayanth "Excited ? Are you kidding me ? I'm dying for tomorrow to come. Ahh. It's been so long." The whole night Kabir kept loathing himself for his insensitivity. Or may be, he thought to himself,  a part of him had not forgotten what he had suffered at that place.

When Kabir and his family had left the city almost five years ago, it was sort of an escape from a land where they had endured perpetual humiliation and dejection. His father's enterprise after enterprise, each falling flat, for distinct reasons. His insurmountable debt and his unrelenting creditors, their intimidating visits to their house and all the threats and abuses that followed made the memory of his home not one to be cherised. He remembered the inescapable embarrassment of having to walk out of his house into the insensate stares of his neighbours who would've zealously witnessed tumultuous drama which unfolded at his doors almost every day. He could almost feel the suffocation and the  frustration which he had experienced then upon overhearing shameless gossip about his abject distress. He reminisced vividly, how his home would slip into chaos when time came to fulfill basic financial obligations like his tuition fees or rent. He recalled those repetitively hopeless mornings and evenings wherein he saw his whole family reduced to a gloomy bunch of faces. Wherever he went he was either received with pity or with slanderous remarks. It had to be the only plausible explanation for such a startling erosion of his affection for his birthplace. An ominous sensation, a looming fear that came intertwined with its biggest symbol. To such depths had the pain of his sordid past penetrated, that a characteristic anxiety and dry mouthedness came to torment him at the mere mention of his hometown's name.  Even sad was the fact that before the miseries had begun to unfold in those days of Kabir's life and also for quite a substantial duration thereafter, while multiple distresses were being perpetrated by the powers that be, he had lived the most memorable moments of his life there. It occurred to him then that his consistent focus on his shadow had kept him bereft of relishing the sunshine As he was on the verge of slipping into the tranquil embrace of sleep, he shuddered thinking about the coming day and of possible encounters with faces he deeply despised.

Kabir was lost in the loop of indiscriminate contemplation inside the office vehicle en route to his home town, when a series of five speed breaking road humps jolted him out of his trance and he noticed that he was on the last bridge before the southern perimeter of the city. He rolled down the window panes despite past experience of headache and sinus attacks. The gusts of wind born of the river flanking the city, unmistakably persuaded him to reminisce the good old days of his life. He effortlessly forgot all the darkness which he feared would surround him under broad daylight. As the vehicle entered the city, it's velocity was forced to drastic reduction by the debilitating traffic, and there he found his first cheerful memory. He recalled how his father used to presage that he would never truly learn driving as long as he didn't face the infamous thick traffic of the city during the peak hour of the day. What Kabir felt thereafter opened a window to a long shut space within him. He guided the chauffeur with directions to the location of his school. He got down the vehicle and stood right before the forty year old facade, instantly recalling the twelve years of his life there. The playground area brought back memories of the countless prayers he had offered there in chorus and those zillion sermons he had heard, delivered by his persistent teachers. He didn't fail to notice the nearby medical college, whose best memories remained etched in the form of heart numbing glimpses of truly 'beautiful' doctors. During the age of raging hormones his school could be a very difficult place to spend nearly eight hours everyday, he thought to himself. Since every other lady he saw coming out of the adjacent medical college, took his breathe away. But the tragedy was that most of those majestic and mesmerizing women had already made their choices in the matter and for the rest he could simply never summon his teen courage to tell any of them how sick he had become in their love. These musings left Kabir embarrassed and shy as he giggled to himself over his foolish childhood cravings.

Kabir's engineering college wasn't far away. He  finished his engineering studies in a college which stood just near the abode of his high school sweetheart. Though by then they had broken up and she had discovered truer love elsewhere. Kabir  saw her house. He'd seen it so many times, under the scorching sun and blinding rain just to catch a glimpse of her vague moving silhouette beyond the curtains of her room. It had taken him a few painful glimpses of her and another man in various intimate indulgences to finally move over his feelings which he once nurtured for her. Unlike his school, this one neither brought smile nor sorrow. Nothing stirred inside Kabir when he moved his focus to her house and the same fluttering window curtain. Such void only reassured him that he has indeed moved on. He saw the roads, the traffic islands, the hang out joints, the cinema halls where he recalled  falling in love, again and again. Not only with some unforgettable people but with places, moments & indulgences to the point of addiction. There was this place where he and his friends hung out. He reminisced braving gales and torrents and chilly winters to make it there in time. Kabir had made some wonderful friends here. Friends who would go far away later in life leaving deep etched memories in his solitary guardianship . It was the place where he learnt to ride his grandfather's bicycle and his father's scooter. When he fell, people who he never knew came to pick him up and gave him smart tips to drive better. The best part was that the next time when they ran into each other, both would pause momentarily, thinking whether the other remembers the last meeting, before finally smiling away. The fast food joint, at Kabir's college gate, presented before him the revered image of it's humble owner who never thought twice before letting him and his friends feast away on credit. They were showered with his elderly affection in shape of liberty to pay as and when they liked. He remembered  how, when one of his friends made it big in college placement, he did not forget to touch the man's feet who too reciprocated with his sincere blessings.

It was the place where Kabir had been showered with unconditional love and deep hatred alike. He'd been adored and whistled at by pals all along the street from his home to his college in consistent display of camaraderie. It is also the place where he had been in stupid, regretful fist fights and had been hounded by armed hooligans. He'd earned here, the fortunate company of friends who did not budge anywhere without him and others who got up and walked away at the very mention of his name. The city had given him souls by whom he had been been adored & respected, looked down upon, betrayed and back stabbed in the days he spent here. Kabir had bagged his maiden professional engagement and earned his first salary here. Here, he'd been called 'worthless' by his teachers and had been graced with  an "EXCELLENT - AA" remark by his the then boss for his splendid contribution in a construction project. In this city Kabir wrote his first love letter, his first prize winning essay and his worst answer papers ever. In one of its oldest galleries he fought his fear of public speaking and indulged in his first ever overt oratory. He learnt to smoke and gulped his first mug of beer here. He ran every year to the river barrage near his  house to see it's brim and the crowd swelling together. He experienced his maiden kiss and the agonizing sweet numbness of first love in its serene winter.

When Kabir finally drifted to his forlorn old house, he was saddened to see that it had lost much of its familiar identity. But the moment he peeped into the backyard and saw the old trees and the overgrown grass surrounding them, a rainbow of memories filled him with glorious images of his life's long departed days. He felt melancholy slowly creeping into his heart . Something snapped inside him, but he held himself together. He didn't want to embarrass himself by being moist eyed and all, before strangers. Though he doubted that they missed his urge. So many afternoons of his childhood, he'd spent under the shade of those twin trees. They weren't just trees anymore. They  had blended into human form looking at him through tears, fraught with age. As if poignantly conveying to Kabir how he had betrayed them by abandoning them in their last days. All Kabir could do was gently move his hands over their weary trunks to reassure them how he yearned, to relinquish all his ties and obligations and return to an unfinished game of hide and seek under their shades. The saplings that a young Kabir's father had made him plant then, now stared at him as handsome young trunks decorated with formidable branches and enviable lush leaves. He felt a parent like contentment upon what he witnessed of the trees in whose dedicated care he'd entrusted his days a decade back.. Finally as tired birds returned to their abodes nested in the bosom of his towering friends, he felt glad that his trees are not lonely after all. When it was time to go, he encountered a terrible reluctance to turn his steps away from the place, to come where he'd dreaded a few hours ago. He had to go. While leaving he could not help encountering a dampening realization, that he was enslaved to his urges, his obligations and his promises made to important people in his world, which prevented him from following his heart and staying back till it was content with experiences of ageless love.

On his way back through the clustered lanes of his old whereabouts Kabir saw the temple, from where penetrating conch shell reverberations used to wake him up early every morning, its purity demystifying the anxieties of the by gone night and where God's deity alone knew his deepest yearnings all through out his adolescence. Kabir returned with the tide of dusk brimming with a palpable disillusionment that he hasn't got over and probably never will get over his love for his hometown. It's where he was born and became the man that he is today.