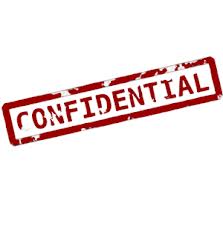 These relationships are protected for various reasons. The wife-husband and clergy-communicant privileges protect the general sanctity of marriage and religion. The psychotherapist or physician and patient privilege promotes full disclosure in the interests of the patient's health. If patients were unable to keep secret communications with psychotherapists or physicians relating to treatment or diagnosis, they might give doctors incomplete information. If doctors received incomplete information, they might be unable to administer health care to the patient, which is the very purpose of the doctor-patient relationship.

The following communications fall in the category of privileged communication under the Indian Evidence Act and they cannot be ordinarily disclosed to the Court by the person to whom they are made:-


But if, say for example,  murder has been committed by a woman's husband in her presence,
she is free to give her evidence that she saw her husband commit murder.