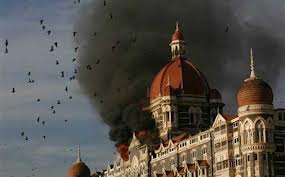 While we are hailing the prevalence of justice, in the Kasab episode, let us also take a moment's time to consider what the Hon'ble Supreme Court has said about the manner in which media covered the story and broadcast it over their channels. Now, there cannot be any double standard in accepting the verdict which the Apex Court has handed in Ajmal Kasab's case by upholding the death sentcence awarded to him by the Hon'ble Bombay High Court. One has to therefore also pay attention and weightage to other related observations made by Hon'ble Justice Aftab Alam and Hon'ble Justice C.K. Prasad while delivering their judgment. They came down heavily on the media and made a scathing criticism of the electronic media's "reckless coverage" of the 26/11 Mumbai attacks and observed that instead of serving the interests of the nation, T.V. channels made it difficult for the security forces to fight back. Live telecast of the operations could have even resulted in security personnel suffering casualties, they added.

Taking note of the tapped conversations between the attackers and their collaborators across the border, the court said "coverage helped the assailants counter security movements as their positions were being reported live."  " The operational movements were being watched by the collaborators across the border on TV screens and being communicated to the terrorists," the court added. On the other hand security forces had no means to know terrorists' exact position or even the kind of firearms and explosives they possessed. "Any attempt to justify the conduct of the TV channels by citing the right to freedom of speech and expression would be totally wrong and unacceptable in such a situation. The freedom of expression, like all other freedoms under Article 19, is subject to reasonable restrictions," the bench remarked.


Ripping into the minute-by-minute coverage of the “enemy action,” the bench held that “by covering live the terrorist attack on Mumbai in the way it was done, the Indian TV channels were not serving any national interest or social cause”. The channels, the judges said, “were acting in their own commercial interests putting the national security in jeopardy”. Backing the contention of security agencies and the evidence they had gathered, the court said that the live telecast gave the attackers an edge as their handlers in Pakistan watched the movement of security forces and alerted the terrorists by phone. It underlined that all channels were competing with each other in showing the latest developments, including the positions and movements of security forces.

These shots and visuals could have been telecast after all the terrorists were neutralised and the security operations were over, the court added. “But, in that case the TV programmes would not have had the same shrill, scintillating and chilling effect and would not have shot up the TRP ratings of the channels,” it said.   The coverage of the Mumbai terror attack by the mainstream electronic media has done much harm to the argument that any regulatory mechanism for the media must only come from within," the bench further observed.  It is in such extreme cases that the credibility of  an institution is tested."