"The society has a vital interest in grant or refusal of bail because every criminal offence is the offence against the State."

(The Hon'ble Supreme Court of India) 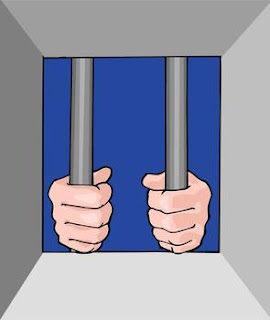 There are certain popular notions which I've heard from various quarters, concerning the granting or not granting of bail to arrested individuals. But before resorting to the legal phraseology for clearing those, let me just take a moment of your time in attempting to explain the concept of bail for persons who don't know it. Law provides for curtailment of liberty by way of arrest in certain prescribed scenarios. Bail is the security that a person is directed to give to the Court / releasing authority in lieu of the conditional freedom he is granted from such curtailment. Bail may be granted with or without surety. A surety is a person who provides security in lieu of the arrested person's release and undertakes before the authority to ensure that the latter abides by the conditions of his bail. In case of non abidance the surety as well as the accused may be proceeded against. Usually the surety may provide security in terms of his fixed assets or cash. Let's say that an arrested accused person's bail is fixed at Rs 20, 000 with one solvent surety for the like amount with the conditions that the accused shall co operate with the Police investigation and that he shall not tamper with the evidence in any manner and he shall not abscond or leave the jurisdiction of the Court without it's permission and that he shall appear on each date of his trial in Court. Then in order that the accused is actually released, he shall have to find a person who will stand surety for his bail and furnish security worth Rs 20, 000 which can be liquidated if there is non compliance with the conditions of bail.

After the issue of jurisdiction of a particular Court to grant bail is determined, comes the question of consideration of the plea of bail. The Courts generally take the following factors into consideration while deciding whether or not to release an accused on bail:-

he fundamental idea always ought to be bail and not jail, except where there are circumstances suggestive of fleeing from justice or thwarting the course of justice or creating other troubles in the shape of repeating offences intimidating witnesses and the like, by the accused who seeks enlargement on bail from the Court. Bail should normally not be withheld as a punishment if, after taking into consideration other factors, the accused is entitled to the grant of it. At the stage of considering the application for the grant of bail, the Courts do not go into the detailed examination of evidence as that would end up being biased to the prosecution case alone. Since at this stage no witness has come forward and spoken against the accused. Therefore if Courts while considering bail plea of the accused, express their opinion on his guilt at that stage, it'd amount to pre- judging the case basing only on the Police side of the story. Since the only materials available with the Court then are the Police papers.

Myths of Bail
It is more often than not, believed that when an accused especially one with a high profile, is released on bail after being charged with a grave crime, it signifies that the justice delivery system of this country has gone to dogs. Most of us live under this notion that an accused, if released on bail is actually freed forever. That is not the truth. One must always remember that every civilized nation thrives on the same fundamental principle of justice delivery which says that no one can be punished without a fair trial and proof of his guilt beyond every reasonable doubt. That being true, how can we claim that once somebody is charged with a crime he ought not be released on bail ? That would tantamount to punishing him before his guilt is proved. Moreover when someone is released on bail, he is so released under certain conditions which he has to abide by at every cost. If the bailed out person is a habitual offender and he ends up committing another offence or threatens the witnesses etc. then the victim can apply to the Court for cancelling his bail and he will be back in jail.

I wish to emphasize here upon a certain crucial point of law. To grant or to not grant bail is always a matter of discretion of the concerned Court. No one can claim bail as matter of right, in a non bailable case , even if all the considered factors are favourable to him. Still the Court may refuse to release him on bail. Of course the accused may then approach the higher Courts for that relief. Somebody once asked me as to why then hundreds of under - trial prisoners are languishing in jails without being released on bail. The problem in their cases, mostly, is their inability to furnish surety, security etc for being released on bail. Many of them do not have anyone to take care of their case due to lack of money. The State does provide a SDC (State Defence Counsel) for handling their cases. But even then they are unable to furnish bail bonds or surety as that fund must come from their own pockets. It is very unlikely that the Courts will release them on their personal surety since it would be very difficult to secure their presence in case they decide to abscond. However today there are laws in place, which mandate an under trial prisoner's release without any condition after the passage of a certain period of time which, not in any case, can be longer than the prescribed period of imprisonment for the offence he's being tried for.

I wish to end by quoting a landmark interpretation of the bail principles by the Hon'ble Supreme Court of India in the case of Siddharam Satlingappa Mhetre Vs State of Maharashtra and Others (decided on 2nd December, 2010) . It reads as thus

"The order granting or refusing bail must reflect perfect balance between the conflicting interests, namely sanctity of individual liberty and the interest of society. The law of bails dovetails two conflicting interests, namely, on the one hand, the requirements of shielding the society from the hazards of those committing crimes and potentiality of repeating the same crime while on bail and on the other hand absolute adherence of the fundamental principle of criminal jurisprudence regarding presumption of innocence of an accused until he is found guilty and the sanctity of individual liberty."