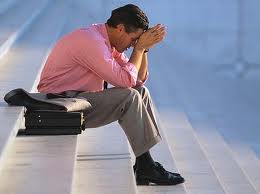 Harish Kumar was employed by the Life Insurance Corporation of India in the year 1999. His career graph happily soared northwards for a decade. During the market euphoria which dawned on India due to the effects of liberalization & globalization and the neo investment policies floated by the successive Governments, Harish could dare to relocate the boundaries of his dreams which he had originally fixed when he joined his service. Buying a house, taking a foreign trip, borrowing for his sister's marriage were each a cake walk now for salaried men like him. He had dipped his finger into all of it, some essential and some hitherto claimed as birthright of the rich and the richer. His wardrobe boasted of brands that he'd only seen his rich college mates put on. He became a member of the neighbourhood social club "The Elite". His family regularly visited Mc Donald's, hopped from one shopping mall to another, his lovely wife went shopping for hours. Harish encouraged it. They travelled by air atleast thrice every year. He and his wife bought and kept simultaneously two cell phones. The increased income and increased expenditure duo had opened the gates for insurance agents. Not like yester years where they were considered intruders upon peaceful afternoon siestas. Harish had brought tremendous amount of business for his organization selling more and more insurance policies. His sales achievement was further boosted by the ushering in of new age endowment policies wherein the buyer of the policy was not only insured but also promised a hefty return upon maturity of the term. Thus insurance was no more a mere risk protection plan. It had transformed itself into an out and out savings - investment portfolio, especially for the high salaried income group. Not to mention the tax benefit that was appended to such investment. Govt. had to encourage savings you see. Harish himself had bought three policies, one for himself and two for his wife. He had also invested in shares of promising companies and was expecting an hefty return after about a period of ten to twelve years.  Not to mention the regular perks and bonuses that swelled his coffer. Harish had been given a candy and he had to consume it fast. There was of course the promise that much more candies would follow.

Ravi Prasad was Harish's neighbour in his village, about two hours drive from the latter's suburban residence. Ravi was an agriculturist. He struggled to keep his lands fertile. When he maintained that fertility, he struggled to survive the onslaught of unpredictable weather. When he somehow survived that, he had to face the manipulative markets and its middle men ever eager to chew into his profits. The life and times of Ravi were not in the checklist of those who improved them for Harish. His heart burnt when he saw his children dreamily eyeing the clothes and other fancy stuffs that Harish's children owned, when they occasionally visited their grandparents. They studied in private boarding and his children irregularly attended the local Govt. school. His elder son had to drop out to help his ageing father in farming. Things however began changing for Ravi as the Govt. introduced farming subsidies and ensured competitive marketing for his products. He had to no more live at the mercy of the middle men. Hybrid seeds, hassle free farming credit and year round technical support for improved output also put Ravi's life at bit of an ease. Nothing could however be done about the unpredictable weather. Some blamed it on heavy industrialization and some additionally blamed it on mindless destruction of forest and greenery.

As things continued thus, somewhere towards the mid 2008, life came crashing for Harish, with the stock market crash. There was widespread panic induced selling of stocks. Thus Harish's stock investments fast eroded and now lay at a mark lower than the sum which he had invested. Prices of commodities began soaring. The falling value of our currency, inflation and tightening credit scenario caused the banks to scamper into increasing interest rates for which the EMIs on his housing loan and the personal loan which he had incurred for his sister's marriage floated upwards. He was to thus shell out a considerable additional amount, which he sacrificed from his savings. This wasn't the part of his future plans.  The shock came when his company went downsizing. The local branch was closed. The assured promotion was now out of question and so was the increment in his salary. He had to run everywhere just to save his job. But couldn't succeed. He ended up being handed over the dreaded "pink slip" . He went jobless for a tormenting six months after which he gained the good grace of the Lord Almighty to earn himself a position in the office of another insurance selling organization which was an almost unnoticeable competitor six months ago.

The effect of the crisis trickled down to Ravi too. But luckily for him his class of work gave him the option to say "Pay more, for what you pay isn't enough anymore". Ravi raised prices of his products. Thus in a way, the pressure of rising prices again spiraled back to the buying class of Harish. We couldn't expect Harish to go hungry alongwith his whole family, could we ? So he had to anyhow buy Ravi's products, though now at an elevated price. Unfortunately Harish had nobody to say to, what Ravi demanded from him. He couldn't just walk into the cabin of his boss in his newfound job and demand a raise in salary citing price rise as the reason. For all he knew his company too was struggling with increased cost of sustaining business.  He could no more think of living life kingsize. The bubble had burst. He had learnt his lesson. His good wife joined in his support and took up teaching in a local vernacular medium school. Still years later prices keep up northwards. Petrol prices have gone up beyond anybody's reckoning. Its his confession that driving the car which he brought five years back makes him feel guilty. His children are sensitive to their changed realities. Its a good thing. They don't eye at glossy products alluringly displayed in shop shelves. They don't run no more to their father whenever they see a new item enticingly advertised in the T.V. Harish senses this change in his children with a mixed reaction of joy and guilt. He often blames the policy makers and the people in the Govt., whom he once hailed for gifting him the candy. He grumbled that they were unilaterally and haphazardly changing the scenario for people like him. But they never seem to bother about Harish,  since from the very year he bagged his first job, never once did he care to his exercise his vote. So did thousands of his kind. He soon realized that he and his kind had lost relevance for the people in power. He recalled how he had smirked, while going to his work in his air conditioned car, at the snakey queue of people who waited for hours for their turn to vote. He couldn't remember a face in those lines, which belonged to any of his colleagues or acquaintances. He'd heard though that Ravi always took a bottle of water with him to those lines and that he never missed his chance to vote.

("A Decade Later" is a fictitious portrayal of the author's views about a particular  aspect of the lives and times of men of two significant strata of our society viz. the so called high salaried class & the lower middle / lower class during the last decade. The portrayal is based on what the author observed around him and therefore need not necessarily hold true for every one similarly placed in life. Any resemblance to any person, place or incident is purely coincidental).
_ Anupam Patra wrote this on 6/05/2012 07:15:00 am