In 1997 I met a guy while I was travelling by Konark Express, everyone's preferred train to Mumbai from Bhubaneswar. His name was Nitin. He was about ten years older and very friendly. We kind of got along instantaneously as he shared stories of his college life, and all the crazy things he and his friends did for fun, fascinating me unfathomably by his imagery. Once he was done talking about the frolic between him and his friends, it didn't take him long to pull out from his wallet the picture of the girl he loved. It was the first time someone openly talked to me about the emotion. I mean, so far I had only heard stories about it in school and in the neighbourhood. All in whispers and secret gossips. But that day, Nitin busted for me the myth that love has to be kept a secret or its details shared only with caution as if it were a terrible thing. 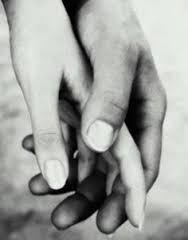 He cherished before me how he had first conveyed his feelings to Helda. To be frank, it felt good to hear him. And that was perhaps the evening, all those years ago, inside the iron walls of a speeding train, between plains unclaimed by humans, and skies never seen through city lights that I got the first taste ever of the longings of my own heart. As he was narrating his love story I experienced a tenderness grow in my soul. The world around me refolded into a shape whose dimensions were delicate and mesmerizing. Even the breeze that stole its path inside the bogie touched me differently. In short, it was in that bogie, under the flickering battery powered lamps that it dawned on me that I was a romantic. I pined to have a girl to love. And I felt impatient to find her. We'll come to that later (or maybe some other time).

I must have been imagining too many things about the newfound ideas Nitin planted in my head which is why I guess I didn't ask him about plans of his and Helda's future. And when I did, at the time of saying goodbye at the CST station, he gave me a smile and said 'We broke up a long time ago'. My imaginations drowned in his revelation. I could say nothing. What could have I? From the way he'd described their affair, their affection; it was hard to guess that they are not together anymore. I could get a sense of how terribly he must be missing Helda for which he was able to bring to life their story in such detail. We exchanged numbers and I saw him melt in the crowd. I wasn't able to keep the story of Nitin and Helda out of my head all this time even though neither of us brought it up whenever we talked.

I'll not hang you guys in suspense. Nor will I weigh down your happiness seeking hearts with the agonizing details of how Nitin held on to his devotion. The two lovers underwent unspeakable hardship. But I guess that in the end, nothing really is more powerful than two souls seeking each other genuinely. Four years after we met, Nitin called me to invite me to his and Helda's wedding. I was insanely happy to hear about it. They got married on Fourteenth February in the year 2001. I was there. And I can bet, no happiness of this world can surpass the kind of which I saw on Nitin's face that night. Forever finally began for their tale.

Time stole away the tiny affinities that keep bonds alive. In between Nitin's new responsibilities and my studies, we slipped away from talking almost every week to once a month to eventually not anymore. I don't feel bad about it. I won't ever. Nitin doesn't know what profound inspiration he gave me with his ability to love someone forever. Nitin didn't know that his commitment and endurance would pave the way for mine when after several years I'd meet my soulmate. The only difference is that unlike his, my endurance is going to be lifelong. It is the memory of Nitin and Helda's love that I silently celebrate on Valentine's Day every year. The Day is always going to bring recollections of the two lovers I know, who fought their way to forever.

I recall their story for all of you, just in case you'd be thinking of giving up on love. Just in case you'd be thinking that you're not cut out for it or vice versa. Or if you're plain tired of fighting the odds. I would beckon you to consult your personal experiences and recall the very feeling which makes someone the love of your life. Sometimes with passing time the attachment may get buried under layers of diversions and doubts may seep into the strength of bonds and maybe all of that can separate us. But we tremble hearing that person's voice, sometimes years after the separation, suspending us in a delirious balance between the past and the present.

I do not propose to seize the mantle of defining love or limiting its myriad manifestations. All I seek to say is that love, despite being the harbinger of untold complexities and even many pains, is still relevant and amazing. Nothing can leave us as grateful to life as the touch of true love.

Nitin, my brother, if you're reading this. I dedicate this post to you and Helda. I never told you this, but you're one lucky man to have Helda with you. I wish we could meet so that I could fill my life with the love that flourishes between the two of you today.

To everyone else, never be afraid to love. Despite all its anguish, real love is the only thing you are going to carry till your last breath. Embrace its tormenting bliss.