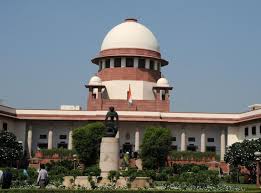 Paving the way for increased transparency to the benefit of innocent citizens who often dread being entangled in criminal cases, the Supreme Court has delivered a historic verdict on the 7th of this month. The Hon’ble Apex Court while hearing a petition in Youth Bar Association of India vs. Union of India & Others has issued mandatory guidelines to law keeping agencies with regard to sharing the FIR with the persons implicated therein. To those who do not function in the realm of legal world, an FIR (First Information Report) is nothing but the first report of an incident which discloses the commission of an offence and which sets the criminal law into motion. In other words it is the FIR which lays the foundation for a proper criminal investigation. It is not necessary that an aggrieved person or a victim should file an FIR. Anyone who has any kind of information about any criminal incident may lodge a report of the same before a Police officer. There are nuances and guidelines that have to be scrupulously followed in matters of lodging and receiving FIR and the actions to be taken thereafter but that is a separate discussion altogether. What must however be clear to everyone is the great significance of an FIR for both, the informant / victim and the accused. It was naturally thus always a subject of debate as to whether in an environment where we are striving for greater information sharing and accountability, it was being unfair to the accused persons to keep them away from knowledge of a potential criminal litigation implicating them. In my considered view it was. Subject ofcourse to certain obvious exceptions such as matters of national security, terrorism, crimes against women (where the identity of a victim is of paramount consideration keeping in view her dignity sought to be protected) any and all possible accusations against a person should be available to his access.

After this verdict, which marks 15.11.16 as the final date for implementation, every Police Station shall be bound to give, within 24 hours, a copy of the FIR to the accused if the latter files for its copy either himself or through his agent. The Courts shall also be bound to supply the same within 2 working days.

The copies of FIR shall have to be uploaded on the Police website and /or the State Govt.’s website within 24 hours of its registration. This shall enable the accused to download an FIR against him and take timely steps for his defence or redressal. Exceptions are FIRs pertaining to sexual offences, sexual offences against children, terrorism, insurgency and of other sensitive category. 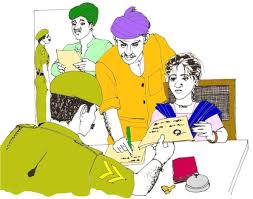 If a copy of FIR is not provided by the Police to an accused then he can approach the Superintendent of Police with his grievance and it shall be addressed within 3 days. Be it noted that when Police denies to give copy of FIR, it is always open to the person to move the Court where it has been sent to. Since as per law every FIR’s copy is mandatorily sent to the Magistrate’s Court after registration. Hence the accused can always also alternatively approach the Court for a copy.

Ofcourse an FIR being a public document (as per the definition of the term in the Evidence Act) information can be obtained about it by way of RTI Act. However that would only be information as sought for which is sometimes vitally different from the copy of the document itself. Further, an RTI application may be denied information on the grounds that it would hamper investigation. Hence, the Supreme Court verdict in Youth Bar Association of India has opened to the public realm what used to be a much clandestine area in the criminal justice delivery system. The only thing that troubles my mind is the consequences, both personal and larger, of having a FIR registered against me available to the viewing of the whole world. But then I recall the principles that run any welfare nation, ones that call upon its subjects to relinquish a part of their individual comforts when something sacred is sought to be achieved for the community at large.

We live in strange times, difficult no less where a part of our civilization is fighting hard to emancipate us and the other is applying its resources, for reasons best known to it, to offset that endeavor. Wholeheartedly pledging to the deeper spirit of the verdict and the benefits it aims to usher for the honest and the innocent against unscrupulous attempts against their liberties, I beseech my fellow citizens to honor that spirit and espouse what it seeks to redress and improve, an act which after all is only our solemn duty

P.S.    Readers are requested to peruse the Judgment for complete information.