"I would not call it an opportunity (to be an amicus in Kasab's case). I think it was an honour given to me…I took it as a sacred duty and I performed it to the best of my ability.” 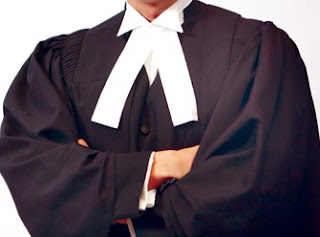 Is it proper for any lawyer to refuse to defend any person who is either unpopular, or whom everyone believes to be guilty or whom he himself believes to be guilty? Such is the nature of this debate that it has lived with us since the times of Shakespeare. This question surfaces every time there is either a crime which is so heinous that even lawyers who are duty bound to stand between the accused and the State deny to do so or when the community of lawyers resolve to not represent a particular accused by reason of prejudice or past animosity or because of similar causes. The question is considered more often than not from a moralistic point of view rather than from a legal angle. There is nothing wrong per se in being moralistic in the legal profession, in fact, the right blend of morality and law is capable of doing wonders in administration of justice but the problem begins when the morality is misplaced. And on the basis of such misplaced morality one decides to disregard golden principles of the legal profession.

In the present context, let us recall the trial of Thomas Paine, the revolutionary writer of France, who had been charged with seditious libel after the publication of the second part of his work ‘Rights of Man’, and against whom almost the entire community of men had turned. Paine was accused of being a criminal and a terrorist, his offense being the publication of the said book. His earlier writings had been ignored by the government, but his impugned works were perceived as maliciously and wickedly intended to incite violence toward the government. Charges were brought and a criminal action was instituted. No lawyer came forward to represent his defense since it was considered sacrilege and treason to defend Paine in Court and the lawyer choosing to stand up for Paine was sure to be stigmatized and ostracized. Under such inimical circumstances only one fearless attorney stepped forward and he was promptly warned by his most important client that he would lose him if he continued the representation of Paine in Court. The lawyer categorically indicated his intent to proceed and as expected he was fired by that client of his. The lawyer who stepped forward to defend Paine was none other than the great Thomas Erskine, eventual Lord Chancellor of Great Britain. Erskine's decision to defend Paine cost him his position as attorney-general to the Prince of Wales, to which he had been appointed in 1786. Men who criticized Paine also condemned Lord Erskine and called him a traitor. Outraging rumours and writings were published against Erskine. But he never budged. Any discussion on the topic at hand would therefore be incomplete without reminding ourselves of the very famous speech of Lord Erskine rendered by him during the trial of Paine. Erskine's speech is also remembered for his reflection on the duty of advocates to take up even unpopular cases. He spoke thus :

“My name and character have been the topic of injurious reflection and for what? Only for not having shrunk from discharge of a duty which no personal advantage recommended, and which a thousand difficulties repent. But gentlemen (of the jury) I’ve no complain to make either against the printers of these libels nor even against their authors. The greater part of them ….may have believed that they were serving their country by rendering me the object of it’s suspicion and contempt and if there have been amongst them others, who are mixed in it from personal malice and unkindness, I thank God that I can forgive them also.

Little indeed they know me who thought that such calumnies could influence my conduct. I will forever, at all hazards, assert the dignity, independence, and integrity of the English Bar, without which impartial justice, the most valuable part of the English constitution, can have no existence. From the moment that any advocate can be permitted to say that he will or will not stand between the Crown and the subject arraigned in the court where he daily sits to practice, from that moment the liberties of England are at an end.

If the advocate refuses to defend from what he may think of the charge or the defense, he assumes the character of the Judge, nay he assumes it before the hour of judgment and in proportion to the risk, rank and reputation puts the heavy influence of perhaps a mistaken opinion into the scale against the accused in whose favour the benevolent principle of English law makes all presumptions and which commands the very Judge to be his counsel."

A society can be called civilised only when it offers, even for the most barbaric criminal, a fair chance to defend himself. A lawyer must partake in the process of such a person’s defense notwithstanding his personal reservations regarding the man. Only then would he have fulfilled his true role as a lawyer. This is what eminent Senior Counsel Raju Ramachandran indicated when he said that he considered it an honour to defend Ajmal Kasab in the Supreme Court long after the entire country had declared him guilty. Guilty he was without a shred of doubt. Nevertheless he was entitled to his day in Court. That is the rule of law on which the founding fathers of our Constitution rested the fate of our great nation. There was pervasive cynicism against our judicial process, in the minds of our own countrymen, when the very man they saw to have killed hundreds of their fellow citizens, using one after another legal provision to stall the proceedings. He exhausted all forums available at his disposal and was ultimately found guilty by the Supreme Court and executed. Our judicial process thus honourably withstood the test of impatience and suspicion of several in the Kasab’s case to come out clean and effective in the end. This would not have been possible if lawyers would not have represented Kasab at various stages, right from the stage of trial to his appeal in the Apex Court.

Problem arises when Bar Associations pass resolutions against representation of certain accused persons. It has happened in the Delhi ‘Nirbhaya’ gangrape case, in Ajmal Kasab’s case and several other instances when the concerned Bar Association has resolved to not represent a particular accused in Court. Imposition of such decree on one and all prevents even the right minded advocates from pursuing their profession in proper spirit. One can understand that most of the times it is the terrible nature of crime which deters advocates, who are after all human beings, from defending the alleged perpetrator of such ghastly offences. But the point that seems to be overlooked is that until and unless the accused is not represented in Court, the judicial process cannot begin and consequently the guilt cannot be determined and therefore the sentencing will be mired in delays and laches. That being one persuasion, the other comes from the Hon’ble Supreme Court itself, which has categorically ordered (dtd. 30.07.2010) in the case of Mohd. Shuaib and Ors. Vs. Bar Council Of India & Ors. that

And so far as lawyer's themselves coming forward to take up unpopular cases is concerned, hereinbelow is reproduced Lord Erskine’s immortal words in the Indian context

Let the learned Indian lawyers forever, at all hazards, assert the dignity, independence, and integrity of the Indian Bar, without which impartial justice, the most valuable part of the Indian constitution, can have no existence