I should have shared this long back, at a time when the subject was 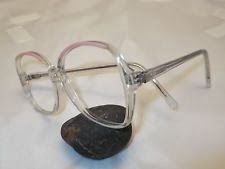 actually unfolding or atleast when it had just ended unfolding itself. I couldn't do so because I feared I would sink deeper in the misery which I was already drowned in, pine further away in realization of the innate harshness of life and in the helplessness of being unable to escape it. Nevertheless, I now embark upon the effort to slit my heart and dispense all the suffering which remain contained in it. For the anguish of not doing so is beyond tolerance. It comes to me again and again and again, at times catching me unguarded. Ripping my deepest guts and evoking excruciating agony. It's time I told you.

If one has been supportive enough to follow my blog, he would remember distinctly my post which I wrote about an year ago, where I surrendered to the urge of putting down my pen, shelving my blog and disappearing from this space. I wrote 'Adieu' when my grandmother was on her deathbed. When I lost all purpose and sense of my being. As clichéd as it may sound, the truth of the resultant disillusionment wreaked by the sudden consciousness, that I can do nothing to prevent our parting, was impossible to belie. When someone, in whose lap you have grown to know the world, shows signs of forever deserting you, all the charm and lure of everything else fail to dissuade you from the sorrow it inflicts. Nobody knew yet everyone feared she would die. Nobody ever does know the exact arrival time of death. But it is always obvious. She was old, frail and on decline, sinking ostensibly. The shadow of final separation was imminent.

In bits and pieces, further smoked by indistinctiveness of time, I recalled my early days with her. As she lay motionless, swiftly seized by fatal stillness, I hovered around her, not caring about all the glitter that subsisted outside of that ten by twelve cabin, disconnected from my past and present, irreverent of my future, which subconsciously I knew would be no different in its conclusion. Birds would alight every morning by the cabin window, suggesting that life was perfectly normal in its progress elsewhere. But I remained adamant in my ignorance of it, almost in a strange competition with the stubbornness, which the creeping death displayed. Her fair complexion had begun to wane not noticeable to eyes which were unaccustomed to her God gifted glow. She had been an angel to me. Grannies can be the most unstoppably caring kin. They can fight the world in your defense. She was no different. Unfortunately, there never came a moment when I could reciprocate my obligations. Not even when she was slipping away. For all my fierce concern and love for her, I couldn't extend her stay by a single second. That keeps tearing me apart every day,  over and over again.

Nothing can be more agonizing than the very person who you beg to save your loved ones, saying that cannot be done. The doctors would resort everyday to the routine of piercing her veins with syringes and tubes. Knowing well how unavoidable that was for her survival, I felt angry in my bones, at the fact that she had to undergo that routine. I was somehow glad  that she was no more alive to senses that defined pain and joy. The nurse understood my hurting, probably by virtue of her experience or by reason of her compassion. She always ensured my granny got that slight extra attention from her. Fearing for a good deal of time, that she took such care of her only when I was around, I stayed for long hours. Sitting by her bed, watching her fickle breathe change its demeanor every now and then, making me fidget between numbness and anxiety, never finding certainty about her condition. These moments rob you of your beliefs that keep you at your hopes. I stuck to her side, praying fervently for her to open her eyes, to recognize me and to spread her lips in joyous reassurance of our existences. That never happened. Her eyes opened unpredictably and when they did she looked blankly at the ceiling above her, as if she wanted no more to belong to me, to her family, to this world. As if she had seen her ancestors summoning her to take a place by their side. Each time she fought to breathe, to eat, to cough, to sleep, to do almost everything that we did effortlessly, something inside my broke. Choking on my tears, I watched her suffer, unsure of what to wish for.

I shifted my office temporarily to her cabin. Not wanting to leave her alone for a moment, even though staying with her and watching her condition, devastated my beliefs about life's greatness and beauty. Those turbulent moments of my confrontation with nature’s decree would haunt me forever. Of that I'm sure. Each night I would hope against hope that I would wake up the next morning into a miracle where she would remember me, look at me in her familiar glance and ask me why I was not getting ready for office. That morning never came.

One day the kind nurse sought my attention to her advice. And when I reluctantly gave it, she requested me to take my grandmother home. So her fading body could be made free of those pointless tubes and needles. So that she could be with my grandfather, my father and the rest of her family which pretty much comprised her world. I thought hard. The fact that we would take her home without her being healed would mean that we would embrace the truth about her end. That thought wrecked me. I nevertheless put up a brave face and convinced everyone to agree. She was home the next day. Sleeping on her bed by the window, where the first sunrays ascended on her face. During those last days of her life, her siblings, cousins, and relatives from far and near poured in to see her. I sensed an irreconcilable aggression rising within me. As time ticked away and the unexact fateful moment closed in, I found that reason enough to never forgive life. Underneath all its promises, beauty, hopes and brilliance, life is servile to death, destined to belong to it one day.

In those few days after her homecoming, consumed by agony,  we found it impossible to think and talk about anything other than granny and her life, our talks mostly ending abruptly with one of us breaking into tears.  A week after granny had been brought home, on a Saturday morning, as I was brushing my teeth looking at my empty reflection in the basin mirror I overheard the sob of our maid. I knew what I was walking into as I stepped into my grandmother's room. 'Why isn't she's breathing ?' the maid asked between her sobs. I saw my lifeless grandmother. She had been turned to her right because of the sore on her back which had grown into a huge black patch on her feeble skin. Her immobility had robbed her of her dignity and her splendor, making her a slave to the painful outcome of that motionlessness. In that moment of endless blankness, I for the first time sensed her soul's reprieve on being freed from her broken body. I did not hear the wails and the weeping that our home drowned in the moments that followed. I no more saw her lifeless form. I did not miss her. I saw how the sunrays refused to leave her peaceful face. I saw her smile concealed from mortal confines. I saw her released. My grandfather woke up. Clueless as a child he walked into the bathroom to finish his early bath. He had been granted that rare priceless gift of turning forgetful at the exact period of his beloved wife's everlasting departure. As my father caressed his mother's temple with moist eyes and others buried their heads in her bed, I touched her feet. Life's warmth had indeed forsaken her.

Later that evening as we lay her on the pyre on the holy sands of ‘Swargadwara’, vermillion adorning her temple, bangles cascading on her wrists and a red bordered 'saree' draping her inert beautiful form, I noticed how married women passing by, bowed before her pyre in respect. I shortly learnt that it is considered a great honour and blessed fate for a married woman to die while her husband is alive. My calm resolve which had held me together all this time shattered like the walls of an ancient monument when the first flames began to consume her. I could not watch my loving granny turn into cinders, beyond retrieval, beyond return. But I did. The thoroughfare rose and declined, so did the tired waves of the sea in the visible distance. Many others came and shared the sacred sand to cremate their dear departed ones. Soon the ground was full of smoldering pyres, busy returning the mortal remains to their points of origin. The sun sank at the far horizon of the water and I sank into the ashes concealing my irrepressible tears in the dim of dusk.
_ Anupam Patra wrote this on 1/21/2014 10:02:00 am