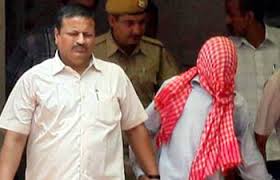 The perceived inadequacy in the sentencing of the delinquent juvenile in the Nirbhaya case has provoked debates on the strength of juvenile laws of our country. There is pervasive unrest and non reconciliation with the fact that the most brutal perpetrator of the abhorrent offence was sentenced for a period of only three years. First things first. The ire of laymen in the present scenario need not be misdirected towards the Juvenile Justice Board presided over by the Principal Judicial Magistrate, which handed down the sentence to the guilty. This is for the obvious reason that the Board had no room to interpret the sentencing afforded by the Juvenile Justice (Care and Protection of Children) Act (JJ Act) in any more suitable manner than it has now. In fact the Board has handed down the maximum sentence that the law could afford under the circumstances.

I read a reported tweet of Ms. Kiran Bedi stating "Courts need not be mechanical robots. We make laws and then interpret them not to be enslaved but do justice to victims too". While the rhetoric of the statement is by and large not incorrect, it is delusional of one to expect that Courts will enhance the sentencing of any convict beyond what the law enables it to award. This is because the law of our land mandates that penal (criminal) laws are to be interpreted exactly as they are codified since they determine someone's liberty or the taking away of it. The Courts cannot invent or manoeuvre sentencing for a proven criminal to suit popular expectations. It is however another thing that the law itself may be inadequate to dole out an appropriate response of the State against a shocking crime as the one in the present case. In the Nirbhaya case, the juvenile was charged by the investigators, to have been the most barbaric in the gang while committing the heinous crime. It is yet to be ascertained from the Board’s order as to what extent his barbarism has been established as charged. Be that as it may, once the accused has been found guilty, what has added insult to injury is the fact that he was only a few months younger than being eighteen years old, for which the law enabled him to be treated as a juvenile. The circumstances of the 'Nirbhaya' case force one to wonder whether the JJ Act must come to the rescue of such a person who is capable of partaking in a brutal gang rape exhibiting actions of the most diabolic, inhuman and ghastly order.

This is where I have a suggestion to make. The Parliament need not completely turn the JJ Act on its head. What it can do is, keeping in mind situations where the accused displays sufficient maturity of action at par with adults, make room in the law for Courts to treat the actions of a juvenile as ones deserving consideration like those of adults. It is well known how the Hon'ble Supreme Court has passed a series of rulings to determine the broad and near exhaustive principles for considering as to whether a death sentence is to be awarded in any particular case. The Legislature of our country must take a leaf from that book and introduce appropriate provision in the JJ Act which would make it possible for Courts to delineate between cases where a juvenile's actions smack of an immature display of choices whilst committing ordinary offences and cases where except for the mere fact that the accused is days away from exceeding his juvenility, there is nothing ordinary about his alleged actions. In other words the law must enable adjudicators to deal differently with juveniles accused of ordinary offences and those accused of heinous crimes. Once such a provision is in place the Courts will have the handle to deal with cases like that of the juvenile in the Nirbhaya case, in an appropriate manner. The Legislature could either enable the Courts to treat the case of the latter category as per the stringency of IPC or the particular provision could also prescribe higher punishment in the JJ Act itself.

But the discussion would be incomplete without restating of the observations of the Hon'ble Supreme Court in the matter as to whether the in case of heinous crimes like murder and rape etc., the juveniles should be tried under normal laws. The Court observed inter alia that :
“If what has come out from the reports of the Crime Records Bureau is true, then the number of crimes committed by juveniles comes to about 2% of the country’s crime rate "
“In recent years, there has been a spurt in criminal activities by adults, but not so by juveniles....In the absence of any proper data, it would not be wise on our part to deviate from the provisions of the Juvenile Justice (Care and Protection of Children) Act, 2000, which represent the collective wisdom of Parliament”

While admitting that there could be exceptions where a child in the age group of sixteen to eighteen may have developed criminal propensities, which would make it virtually impossible for him/her to be reintegrated into mainstream society, the Court said,

“but such examples are not of such proportions as to warrant any change in thinking, since it is probably better to try and re-integrate children with criminal propensities into mainstream society, rather than to allow them to develop into hardened criminals, which does not augur well for the future.”

In all fairness I must admit that while the observations of the Hon'ble Apex Court are true to the vision and the object of the JJ Act when read with the statistics quoted by it, it would be fitting to the need of our times that the Legislature took care of the expectations of the victim and his / her family from our judicial process while considering the adequacy of the JJ Act.