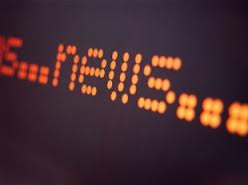 It is called the "Doctrine Of Postponement". The Hon'ble Apex Court has yesterday held that "An accused or an aggrieved person, who genuinely apprehends an infringement of rights guaranteed under Article 21 of our Constitution can seek postponement of publication." The Hon'ble Court was dealing with the dispute between the Sahara Group and market regulator SEBI, when a complaint was filed against breach of confidentiality during the pendency of the dispute in Court. It was alleged that certain sensitive confidential documents regarding the dispute were allegedly leaked and telecast. Adjudicating upon the complaint, the Hon'ble Court has laid down its observations. The Hon'ble Chief Justice of India, Sri S.H. Kapadia, observed that "Finding an acceptable constitutional balance between the freedom of press and administration of justice is a difficult task in every legal system." He also recalled the observation made by the Hon'ble Court in 1977 in the case of State of Maharashtra Vs. R.J. Gandhi that "A trial by press, electronic media or public agitation is the very antithesis of rule of law."

While allowing liberty to the accused to move Courts for postponement of publication of his case the Court also laid down a caveat that "Such orders of postponement should be for short duration and should be applied only in cases of real and substantial risk of prejudice to the proper administration of justice or to the fairness of trial."..."Reasonable restrictions on reporting of Court proceedings are needed for societal interest and this doctrine of postponement is one of neutralizing technique." It further observed that "Orders of postponement should be ordered for a limited duration and without disturbing the content of the publication... The order of postponement will only be appropriate in cases where the balancing test otherwise favours non-publication for a limited period,"

This doctrine is aimed at balancing the right of an accused to be presumed innocent till completion of trial with the media's right to freedom of expression.

It is pertinent to mention here that the Supreme Court refused to frame guidelines for media reporting of court trials but said higher judiciary could impose a temporary freeze on coverage if it was convinced that reporting in a case thus far had harmed the right of the accused to fair trial.